"The energy of wind converted into useful form (usually electric current) is called wind energy". Wind energy is a Renewable energy source. Once used can be replaced.

Windmill
It is a machine which converts the energy of wind to rotational energy with the help of large blades attached to it. The windmills are also used for lifting the ground water.
4 to 6 blades are attached to a rotating frame around the rotating wheel and mounted on a large height. 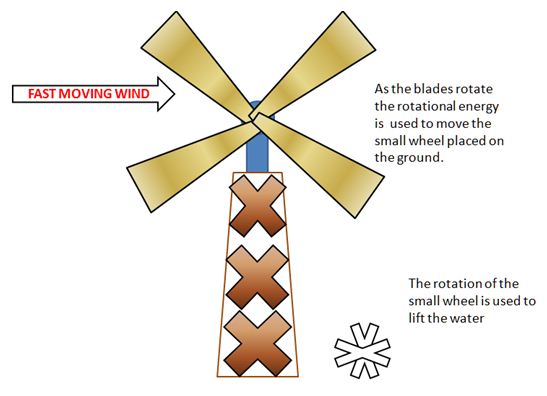 The rotational energy of the large wheel is also used in wind turbine which produced electrical energy.