When two or more forces acting on an object in a straight line then we can add or subtract to get the resultant force on the object. 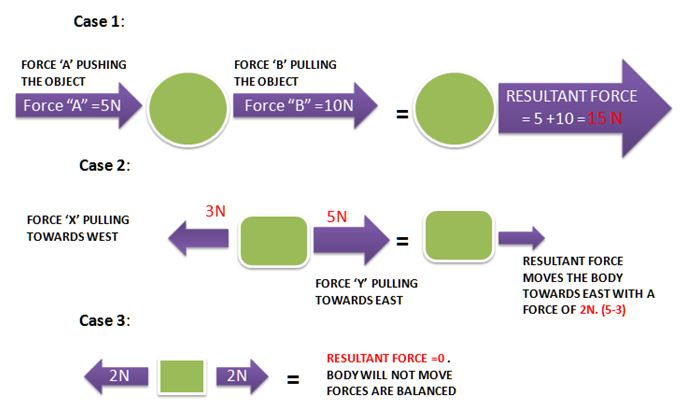 Which of the following is correct?