Definition Of Reflection In Plane Mirrors

Definition Of Reflection In Plane Mirrors

When a ray of light strikes a mirror, it is reflected by obeying following laws of reflection.

1. The angle of incidence is equal to the angle of reflection.
2. The incident ray, the reflected ray, and the normal all lie in the same plane.

More About Reflection in plane mirrors

Light is reflected with the same angle as it arrives on to the mirror.
The incident ray (incoming ray), reflected ray (outgoing ray) and the normal can all be drawn on one flat piece of paper. 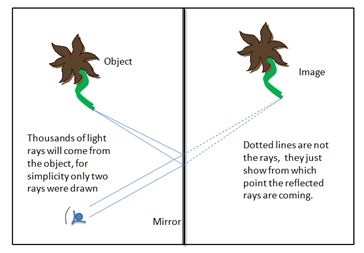 Rules for image size and position

The image seen in the mirror is laterally inverted, looks right as left and the left as right.

Example: The word �AMBULANCE� is written in laterally inverted position on the vehicle so that when the driver of a car, which is moving in front of an ambulance, observes the same in the mirror it looks clearly and gives a way for the AMBULANCE.

The following are the terms related to the lenses:

Centre of spherical lens of which the lens forms a part.
When we complete the circle by taking the curved part of the lens the centre of this circle is known as centre of curvature. 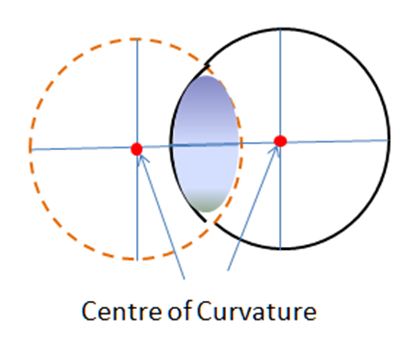