A liquid is a sample of matter which has definite size or volume and will not have any particular shape of its own. 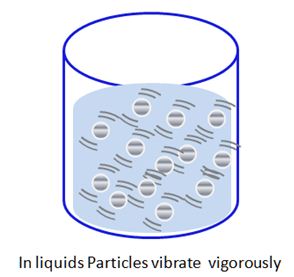 Which of the following describes the property of liquid?

A. Particle move about freely at high speed.
B. No fixed shape or volume.
C. Virtually no attraction between particles.
D. Particles vibrate but can change position.