Example 1: Take a beaker and fill it half with water. Drop one or two potassium permanganate crystals (to colour water). Heat the beaker by placing on a stand with the help of burner. The following points can be observed. 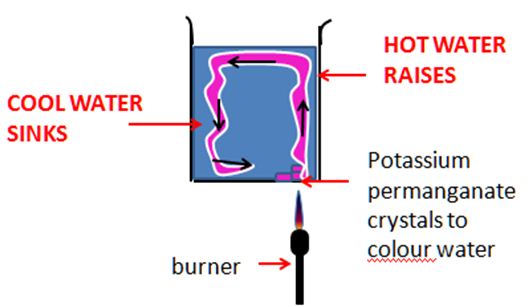 When the bottom of beaker is being gently heated in one place only, the water above the flame becomes warmer. It expands and becomes less dense.
It rises upwards as cooler, denser water sinks and displaces it.
The circulation of water can be clearly observed due to the colour of water.

This type of heat transformation is known as convection current

Convection also occurs in gases.
Example 2: Due to energy received from the sun air around us gets warmer, becomes less dense and rises up. The cool air moves from the sea to replace the same. 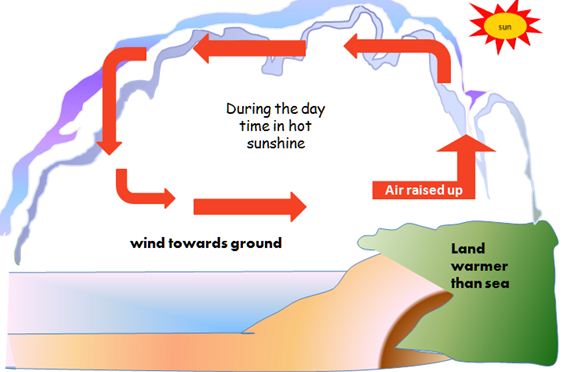 At night, the reverse happens. The sea will be warmed than the land. Land cools quickly.
Warmer air rises above the land and the cooler air replaced the same. 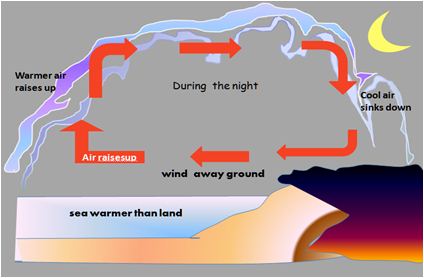 Question: Why "A radiator quickly warms all the air in a room, even though air is a poor thermal conductor"?
Answer:

o Due to the radiator the air around the radiator gets warmer.
o The warmer air becomes less dense and rises up.
o The cool air sinks down from the top of the room.
o Due to this convection all the air in the room quickly warms.